Once again, Master Dan Vigil hosted the Southern Michigan Martial Arts Summit at his Tae kwon do dojang in Northville, Michigan. The Summit is a useful resource for martial arts students in the mid michigan area interested in practical self defense education. Segregated into four hour and a half sessions and priced at only $89 (for the whole day!!), here are the bios of the instructors who ran the show! 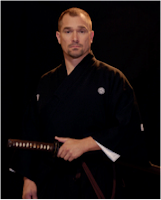 Judo, Nihon Jujutsu, Karate, Aikido, Kung-fu
Born in 1960, Suino-Sensei began training in judo at the Ann Arbor YMCA in 1968.  Beginning in 1979, he studied karate, aikido, and kung-fu at the Asian Martial Arts Studio, an Ann Arbor dojo where he was a member of the instructor’s training program and taught for a total of 10 years.
After earning his BA and MFA at the University of Michigan, Suino lived in Yokohama, Japan, between 1988 and 1992, where he studied judo, jujutsu (jujitsu), iaido (swordsmanship), and kyudo (archery).  He studied iaido at the home dojo of the late Yamaguchi-Katsuo, one of the greatest of the WWII generation swordsmen. In 1989, he was appointed secretary to the Foreign Department of the International Martial Arts Federation, Tokyo HQ. He was four-time All-Tokyo forms champion in iaido at his rank level between 1989 and 1992, and represented the Kanto region in the All-Japan tournament in Kyoto in 1992.  He continues to visit Japan regularly, visiting and training with some of the world's most respected instructors of aikido, iaido, judo, jujitsu, karate, and koryu bujutsu.
He is widely published in the martial arts, having sold over 50,000 copies of his books, including The Art of Japanese Swordsmanship, Practice Drills for Japanese Swordsmanship, Arts of Strength, Arts of Serenity, and its revised version, Budo Mind and Body, and Strategy in Japanese Swordsmanship. He is President of the Shudokan Martial Arts Association and a Michigan Regional Director for the US branch of the International Martial Arts Federation (IMAF-Americas). He was director of ITAMA Dojo in East Lansing, Michigan, from 1993 until 2003. In 2006, he returned to Ann Arbor to open the Japanese Martial Arts Center, a traditional dojo offering classes in Jujutsu (jujitsu), judo, iaido (swordsmanship), and kendo.
Suino Sensei has been called "one of North America's foremost martial arts teachers." His personal mission is to master the most profound aspects of Japanese heritage martial arts and pass them on to his students. He believes deeply that the principles of the martial arts can have a profound effect on the lives of those who train in them.
Master Daniel B. Vigil 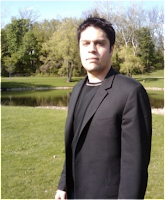 Master Vigil is a veteran of the martial arts with over 20 years of continuous training. He has earned over 80 gold medals world-wide in Taekwondo competition, including two Junior Olympics, a Collegiate National championship and nine state championships. Master Vigil is known for the exceptional power of his strikes, with many of his wins coming by knock out. He has also seen action as a security professional in high risk environments. This practical experience has given him an understanding of hand to hand combat that only comes through application.
Master Vigil began his training in 1988 in Kenpo Karate under the expert tutelage of Shihan Douglas Macdonald from Hudson, Massachusetts. There Master Vigil earned a first degree black belt. In 1994 he began his Taekwondo career under future U.S Olympic Team Head Coach, Master Han Won Lee. His training continued under 7 time Korean National Champion Jae Young Kim, World Champion Joo Hwan Kim, and two time World Champion Yung Suk Jung. He currently holds a 4th degree black belt in Taekwondo. Master Vigil has traveled extensively to train with various teachers in the martial arts and security fields. Presently he is the founder and operator of “Dan Vigil’s Academy of Taekwondo” in Northville, Michigan, which is the largest United States Taekwondo Association club in Michigan.
If you are looking for a stern, authoritarian martial arts instructor, you will not find it in Master Vigil’s classroom. He is easy going, patient, and often tries to be funny.
Daniel Holland-Sensei
Jujutsu, Wrestling, Brazilian Jiujitsu, Kung-Fu

Holland-Senseis martial arts career began in 1988. He started training in Eishin-Ryu Iaido in January of 1998 under Nicklaus Suino Sensei, where he continues today. His interests in the Traditional martial arts have taken him to Aiki-Jujutsu (taught by the late Jeff Friedlis Sensei), Kodokan Judo and Nihon Jujutsu. In May of 2004, he began training in Nei Jia, the Internal Family of Chinese Martial Arts.

From 2004 to 2009, Dan Holland was the owner and instructor of the Institute of Traditional Asian Martial Arts in East Lansing, MI, where he taught Muso Jikiden Eishin-Ryu Iaido, Nihon Jujutsu, and Kodokan Judo. Currently, he teaches these arts at the Japanese Martial Arts Center in Ann Arbor, Mi, and is co-instructor of the Mixed Martial Arts Program at Dan Vigil's Academy of Taekwondo. He is also a member of the Shudokan Martial Arts Association and the International Martial Arts Federation.

Sam Larioza's martial arts training started in 1992 when he was lucky enough to start as a white belt in Morio Higaonna Sensei's karate dojo in San Diego. At the time he never knew that had stumbled upon one of the top karate teachers in the world. While supplementing his traditional karate training with other martial arts he appreciates being able to concentrate his karate studies under this one teacher.  Larioza Sensei earned his Shodan (first degree black belt) in Okinawa in 1998 and was awarded his Sandan (third degree) in Goju Ryu Karate by Higaonna Sensei in 2005.
Larioza Sensei's travels have allowed him to also train in Chinese Wushu, Japanese Shotokan Karate, Korean Tae Kwon Do (earning a second degree black belt), Israeli Krav Maga (Phase 2 Instructor)  and Okinawan Shorin Ryu with Seikichi Iha Sensei.
He opened his dojo in Fowlerville Michigan called "Ohana Karate" in 2003 and now has the largest and most successful martial arts school in Livingston County with over 325 students.  He is very active in the local schools and in the community serving on the Board of Director of the Fowlerville Business Association, as a Trustee on the Fowlerville Community School Board of Education and recruiting as a "Blue and Gold Officer" for the United States Naval Academy.
Posted by Dan Holland at 11:50 AM No comments:

Randori means "chaos taking" in Japanese, and may refer to any martial instance that involves two or more parties vying for a specific goal. As discussed in a previous post, the purpose of randori is to perpetuate chaos upon the opposition in order to perplex, deceive, overcome or overwhelm, so that victory may be taken decisively. Randori itself may be trisected into three distinct genre relevant to a respective setting: free practice in the dojo, competition in martial sport, and combat in battle. Every martial artist should keep in mind that these three genre are entirely different in character and impertinent outside their respective setting.
Free Practice in the Dojo
In time of practice, without distraction,
Light in heart and light in limb,
Let us endeavor with full attention,
To concentrate our mind within.
-- Excerpt from "The Song of Judo" by Mifune Kyuzo
The  characters that compose the word dojo literally mean "the place for finding the way." So despite its militaristic influence, the martial arts dojo, dojang, or kwoon is above all an educational institution. The motivation for training the martial arts is different for every person, but essentially, the entire dojo population — both student and sensei — are there to learn.
This holds predominately true in the practice of randori. Never forget it! Though every person in the dojo should participate in free practice with the intention of winning, they must do so under the pretext of study. Dojo randori is a time to explore safely in the company of trustworthy peers. Because taking a fall or a hit in the dojo is no ruinous defeat, one should make good use of the opportunity to test and chart unfamiliar territory. Clinging to a habitual technique merely narrows the perspective and encourages tunnel vision in the training process: Instead, one should experiment with alternative tactics, play outside the comfort zone, and remain unperturbed if a ploy is unsuccessful. The Tai Chi Chuan adage, "Invest in loss," rules high here, and correlates with the Western anecdote of Thomas Edison whose lightbulb failed 1000 times before it functioned properly.
Most importantly, the martial arts student should follow Mifune's advice, and engage in practice "light in heart and light in limb." The Dojo is not the place to rage balls out to show dominance over fellow students. It is not the place lose the temper. This by no means implies slow, low energy practice, but only a clear mind and a relaxed body will maximize the potential to learn.
Competition in Sport
You have to learn the rules of the game. And then you have to play better than anyone else.
--Albert Einstein
In recent years, the fusion of sports and the martial arts have hugely popularized numerous traditional disciplines. Judo, Karate, Tae Kwon Do, Brazillian Jiu Jitsu, Boxing and Wrestling are probably most prevalent martial sports worldwide, and of course those and many others are hashed together in an amalgam of excitement in the Ultimate Fighting Championship (UFC).
In the Japanese martial arts, sport competition is known as shiai. In shai, conditioning, coaching, and fluency of the game are the fastest routes to victory. Unlike in the dojo, the competitor's ring is not the place to explore. Instead, methods that are tried and true the surest way to go. Though they certainly have backups, many champions triumph through one or two skillful techniques that can be executed swiftly and seemingly from nowhere, because in the heat of competition, experimentation becomes a risk — it could result in loss or even injury — so rules are imposed and upheld by a referee or some other authority to protect the competitors.
Rules also oblige fair play and ensure the game runs smoothly and excitingly. They are restrictions, but they are necessary ones. Competitors who learn to best play within those bounds will most likely take the prize.
Combat in Battle
Though a warrior may be called a dog or a beast, what is basic for him is to win.
--Asakura Soteki
Combat, to be sure, is an entirely different animal, where the safety of the opposite party is entirely ignored, and it is truly a skirmish of severe consequences. Never forget that free practice and competition are not combat — they are combat simulations for study or sport, and this distinction cannot be dismissed. In battle there is no referee to enforce the rules, and there is no agreement to sustain mutual welfare. This point is obvious, but sometimes easy to forget, after an accumulation of trophies or consistent victories in the dojo.
One must always remember that study in the dojo and competition in martial sport are not meant to turn a person into a truly effective soldier. If that is the desire, then a modern military, composed of men and women who have actually put their lives on the line and employed the most technologically advanced weapons, is the only place to go.
In any case, the mindset for sport, study, and combat must always be appropriate to the setting! On the battlefield Soteki's dictum makes perfect sense; when the whistle blows, follow Einstein's advice; and in the dojo, we should always sing Mifune's song.
Posted by Dan Holland at 4:34 PM No comments:

Dan Holland
East Lansing and Ann Arbor, Michigan, United States
I am the webmaster of itama.org, an internet resource designed to provide the public with information regarding established systems of self defense developed in Japan, China, Okinawa, and the Philippines. I also teach martial arts in the Mid-Michigan area.

Other Blogs of Interest